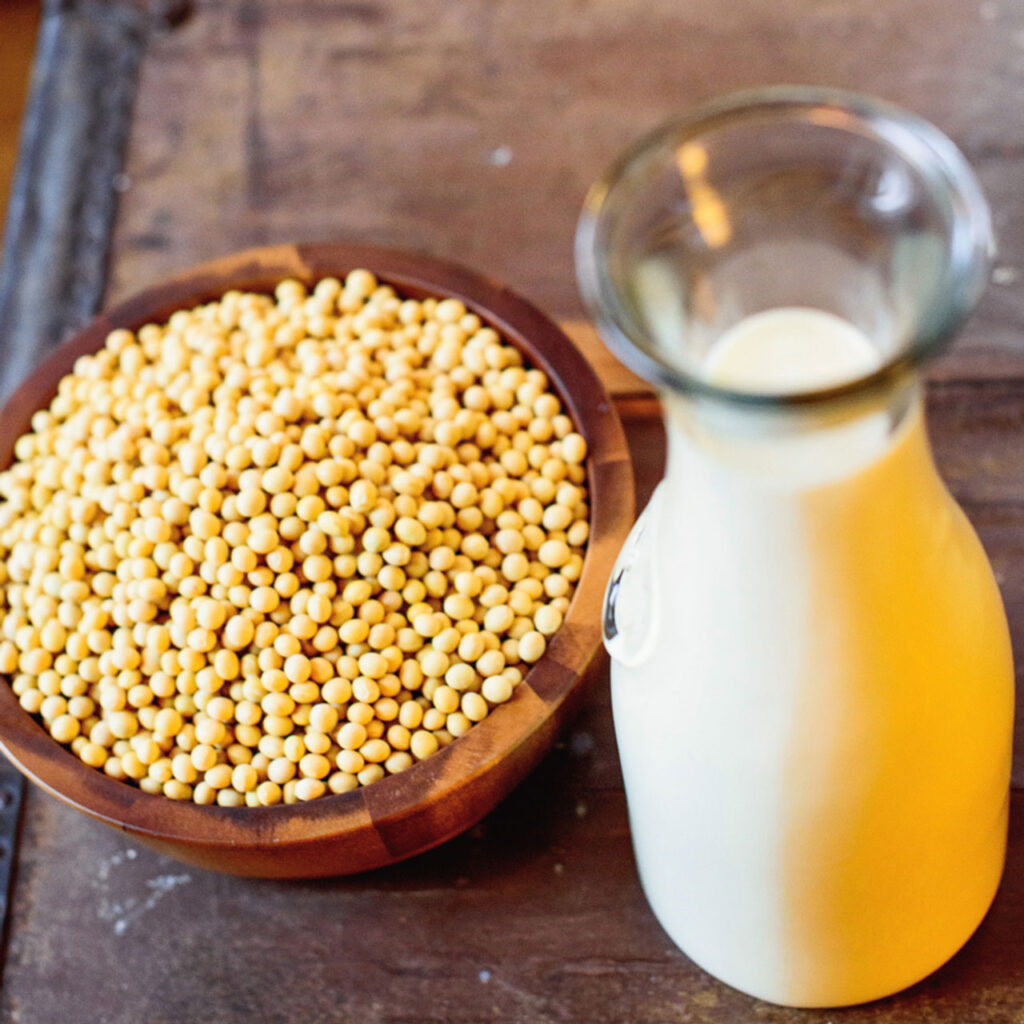 Why am I such a strong proponent of making homemade soymilk?

Firstly, it is soy!

Soy protein is a complete high quality protein, comparable to meat, milk and eggs, but without the unhealthy baggage.1 In 1991, The World Health Organization (WHO)released its Food and Agriculture Report and identified soy as a high quality protein that meets all of the essential amino acid requirements of humans.2

Humans have taken up the dubious habit of drinking the milk of another species. Cow milk is an excellent source of nutrition for calves and will multiply its weight in 9 months—8 times over! Unlike humans, once calves or any other mammalian species are weaned, they never drink milk again.

Cow milk contains about three times the protein of human milk, and that creates metabolic disturbances in humans that have detrimental bone health consequences.

In the 12-year Harvard study of 78,000 women, those who drank cow milk three times a day actually broke more bones than women than women who rarely drank milk.3 Similarly, a 1994 study in Sydney, Australia, showed that higher dairy product consumption was associated with increased fracture risk: those with the highest dairy consumption had double the risk of hip fracture compared to those with the lowest consumption.4

Soymilk at the store is priced from $3.69 to $4.99 a half gallon, and if you use it up as quickly as I do or have several kids at home it can be a bit pricey. A family of four or five can go through many half-gallon containers of soymilk in a month, and that can add up.

I never run out and nothing could be fresher!

Having an inexpensive automatic soymilk maker is so very convenient. The Soymilk maker I use makes 1.9 liters of plant milk with about 2/3 cup of soybeans and is available at Amazon for $124. I use Laura Soybeans, of course! You can make more than a half gallon of premium non-GMO soymilk… silky white and non-beany. Just soak the beans for at least 6 hours and add to the canister with the water and in a half hour, you will have fresh, delicious soymilk.

So, when I am inspired to make recipes such as, today’s scrumptious Cherry Almond Muffins, I will have soymilk on hand. This recipe makes 15 muffins in 15 minutes

Marie Oser is a best-selling author, writer/producer and host of VegTV. Her latest book is The Skinny on Soy. Follow Marie onFacebook and Twitter